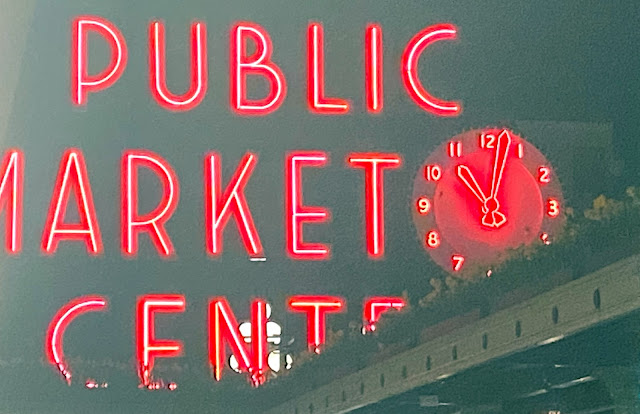 Loyal readers may recall last September's post in which Natalie, Simon, and I were lightninged out of a Death Cab for Cutie concert. An unusually powerful storm pummeled the Seattle area that night. We concluded, logically, that the bolts of fire raining down from the heavens were thrown by Thor himself because, being an old god, he hates loud rock-n-roll music. It's a bit ironic, don't you think? The guy who delivers deafening cracks of thunder is annoyed by awesome music. He must be a cranky god.

Now, pop open a bottle of ice-cold Rainier Beer because it's time for a Death Cab do-over!

And to ensure your readability fun, this trip review is being delivered via the ever-popular picture-n-caption format.

Let's begin, shall we?

A do-over concert that delivered the goods. If you're wondering about sampling Death Cab for Cutie, I recommend their most recent album, Thank You For Today; it's why the word awesome was created. As a matter of fact, I'm pretty sure even Thor would like it. He'd like it so much that he'd go crazy throwing bolts of fire to and fro ... and ... nope ... on second thought, don't tell Thor about the album.

Stay tuned for more from touralongwithtodd...


- March 10, 2020
Email ThisBlogThis!Share to TwitterShare to FacebookShare to Pinterest